This page contains changes which are not marked for translation.
Other languages:
English

This is about as lean as it gets for a two-axis setup. Here are the major points for why the old "12-component, two-sensor" setup is outdated: 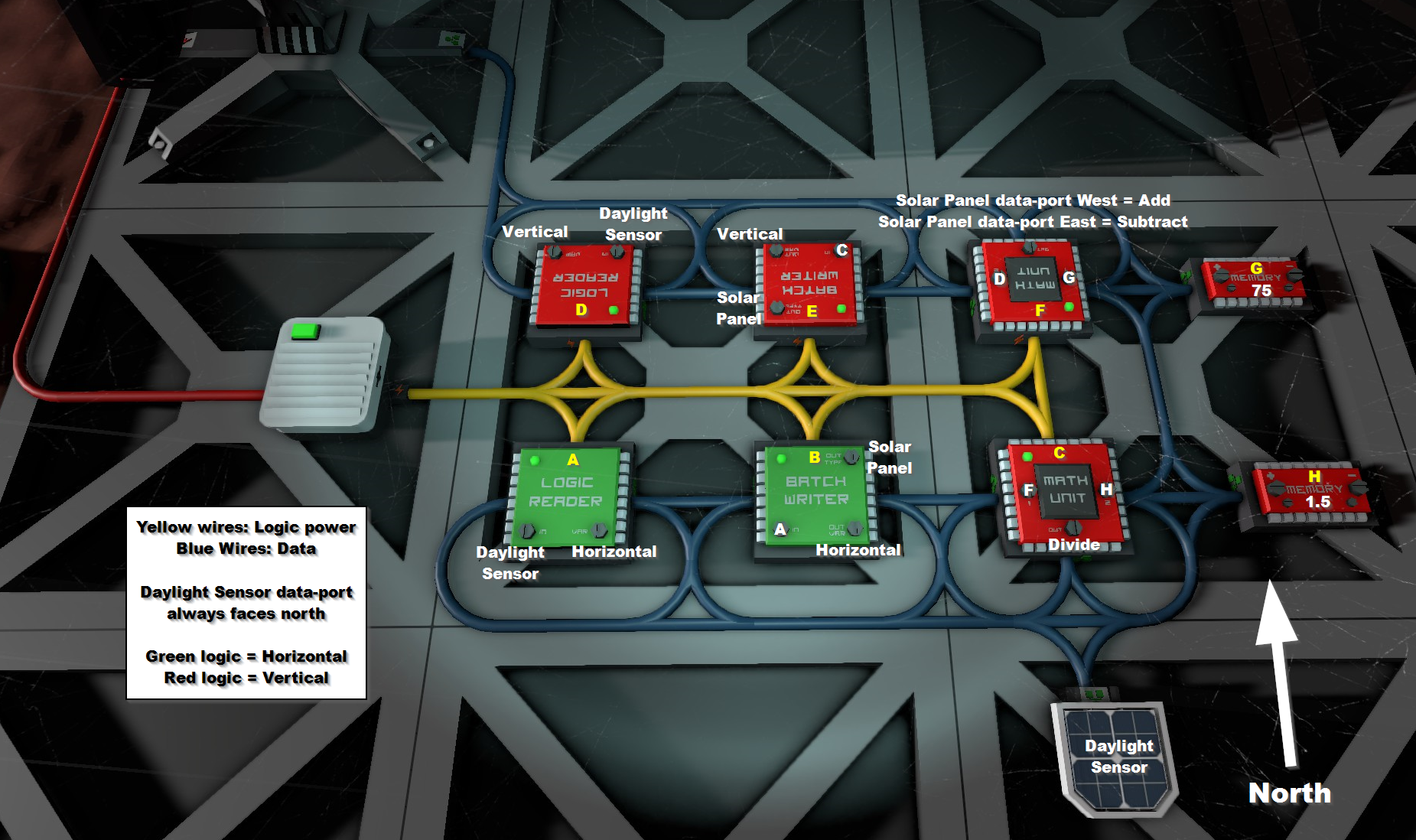 If you want this setup to be a one-axis tracker, just skip the green chips, and manually wrench the panels to face the sun.

The reason for this transition is that the horizontal angle goes from -179 degrees to +180 degrees. As the sun moves from +180 to -179 degrees, the solar panels do a time-consuming -359 degree move instead of an efficient +1 degree move.

This setup can be also programmed in an IC10 chip which saves power because you need only 1 chip instead of 8.

Connect Daylight Sensor to d0, that's it! This program writes directly to both regular and heavy solar panels, and it also resets to face the sunrise when the sun goes below the horizon.

Adjustments you may need to make:

Code provided by bti, comments and readability changes by Fudd79 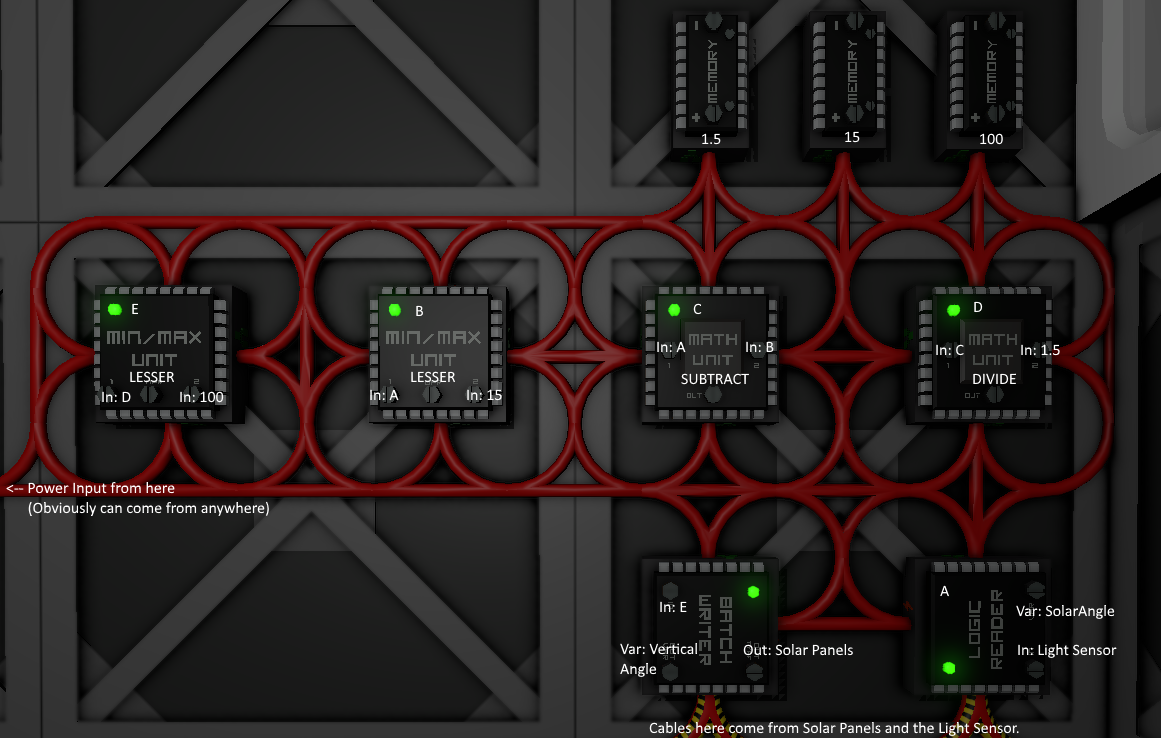 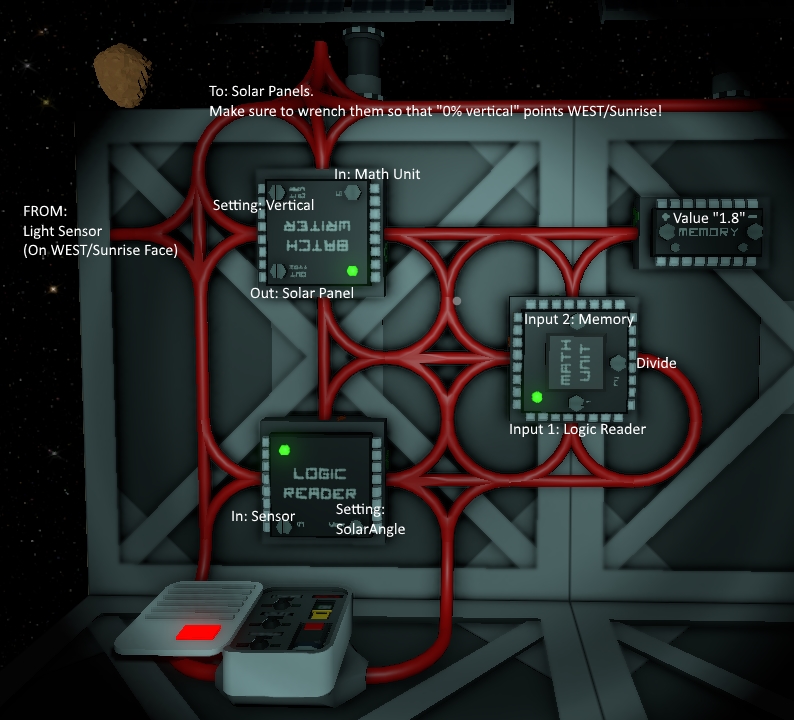 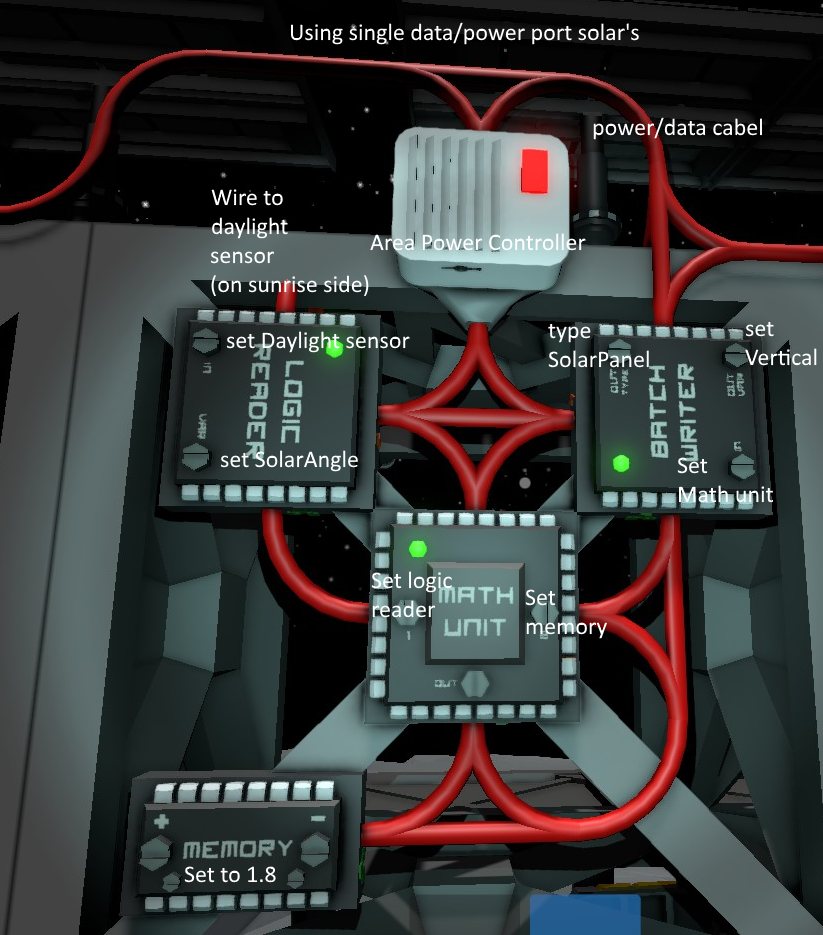