A Kit (Iron Wall) is used to build a basic wall that is suitable for separating differing atmospheric environments. You can also attach devices on the face side of the wall.

All variants of Kit (Iron Wall) share the following characteristics:

Kit (Iron Wall)s can be destroyed using a Arc Furnace, a Furnace or with multiple shots from a Weapon 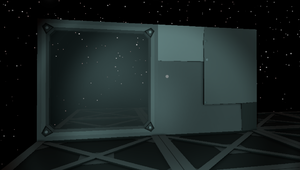 An Iron Wall and an Iron Window, finished
Retrieved from "https://stationeers-wiki.com/index.php?title=Kit_(Iron_Wall)&oldid=13053"
Categories: