The Logic Transmitter are used to transmit values in a logic network wirelessly.

This is the toggle button that can be manually used to change the Logic Transmitter Mode: 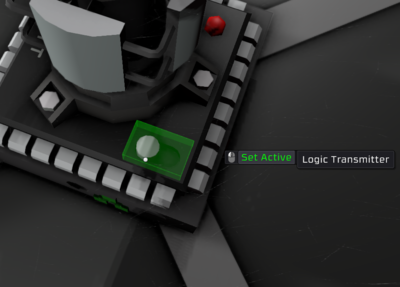 These are all Data Network properties of this device.

These are all parameters, that can be written to with a Logic Writer, Batch Writer, or Integrated Circuit (IC10). The outputs are listed in the order a Logic Writer's "VAR" setting cycles through them.

These are all parameters, that can be read with a Logic Reader or a Slot Reader. The outputs are listed in the order a Logic Reader's "VAR" setting cycles through them.